The five-story brick building on the corner of West King and Mulberry Streets in Lancaster, Pennsylvania was built in 1892 as the Follmer, Clogg and Company Umbrella Works Factory. It became a furniture store in 1944, then sat empty for a few years before being converted in 1986 into apartments, aptly named the Umbrella Works Apartments.

The Umbrella Works building features an impressive corner tower that extends above the rest of the building and is topped off by a flagpole. When the apartment on the top floor of the building, under the corner tower, began experiencing repeated leaking from the roof, the Houck team was called in to investigate, diagnose and repair the issue.

Project manager Raymond Newlin could see from inside the apartment that the water intrusion was happening where the flagpole was coming through the roof. The height of the tower prevented Newlin from being able to inspect the area where the flagpole was attached, so he turned to technology for help. Houck has a licensed drone pilot on the team and Newlin asked him to fly the unmanned aerial vehicle (UAV) from the flat part of the building’s roof to inspect the tower and the pole.

“The UAV photos and videos showed that the flashing around the flagpole had deteriorated,” explained Newlin. “It looked like someone may have caulked around the pole years ago, but it was crumbling away. We also were able to identify broken slate tiles on all four sides that were ready to fall, which could be a safety issue for pedestrians on the sidewalks below.”

The height of the corner tower and flagpole meant the team had to map out an intricate plan to be able to make repairs in the safest manner possible. With no lifts being able to reach that height, Newlin knew he would have to bring in a crane with a basket for workers.

To bring in the crane, Newlin obtained permission from the City of Lancaster to close the side street. He also had to contact Pennsylvania Power & Light Company to remove a light pole power line that ran across the street. The Houck team gave residents a 24-hour notice that the street would be closed, and parked cars needed to be moved elsewhere. They secured signage to safely detour traffic and posted safety warning signs around the entire fenced off work area.

Once the area was secure, the crane was brought in and leveled on the sloped street. “The project went exactly as expected,” said Newlin. “We started with two team members in the basket who were lifted to the flagpole. They used special straps around the pole, which was 15 – 20 feet tall, and removed it in 5-foot sections. One person held the pole while the other one cut the sections off.”

The workers were able to cut the pole flush with the cap that was already there. They sealed off the existing cap and covered it with a newly fabricated copper cap that will provide years of protection and put an end to the persistent leaking.

Next, the team tackled the slate repairs. “One of the team members had to use a special pole to steady the basket and keep it from spinning while the other made repairs to the slate tiles,” explained Newlin. “We ended up replacing about 50 slate tiles on the tower roof.”

“As a project manager and estimator, you have to think through every possible detail that you will need for the job as well as what could go wrong,” said Newlin. “This job could have turned into a logistical nightmare but because of careful planning, everything went smoothly. Our team also had the experience needed for a job like this as one of our crew members used to specialize in working on church steeples.”

“HDC's Umbrella Works Apartments was presented with a challenging roof leak due to its very unique location and historic architecture,” said Andrew Dunn, senior facilities manager. “Houck quickly identified the issue and put a plan in place to make the repair. We couldn't ask for much more, Houck took care of every step needed to rectify the issue in a very short period of time. This was a project where Houck stood above the competition in regard to detail, capability, and execution.” 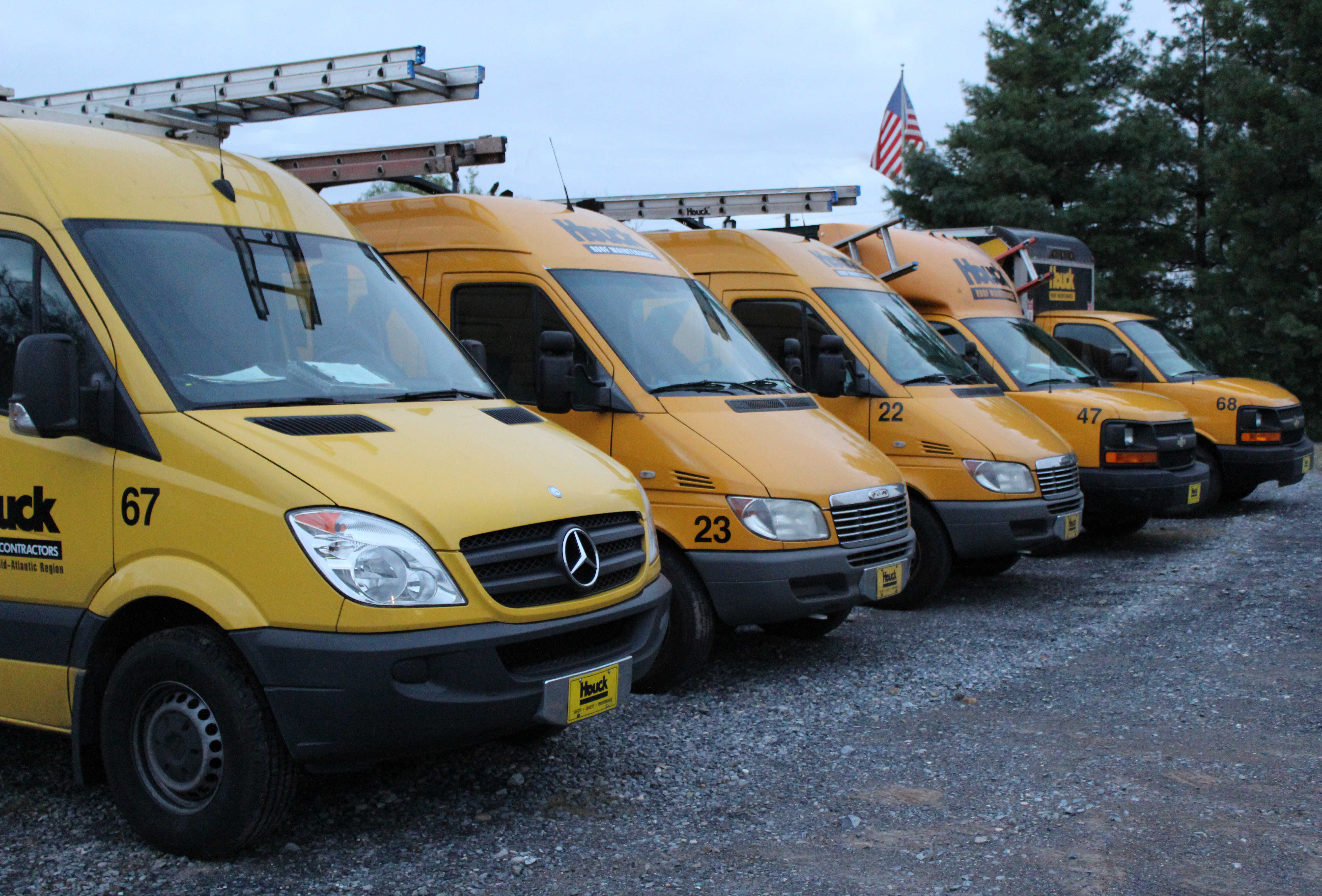 Houck is Committed to Equal OpportunityMarch 20, 2015

Houck is an equal opportunity employer.  All qualified applicants will receive consideration for employment without regard to race, religion, national origin, sex, sexual orientation, gender identity, age, status as protected veteran, status as a qualified individual with a disability, or any other trait protected by law. Houck will provide reasonable accommodations, as needed, to assist […]

We have used Houck for many years for a variety of services. They are always fair and professional, and stand behind their work. We appreciate their dedication to providing a quality product and expert installation.